Discipline is not a secret to success.

Home Page
/
financial planning
/
Discipline is not a secret to success.
December 1, 2016 by Wise Pace No comment(s)

Discipline is not a secret to success because we already know it leads to success.  So why is it that we struggle with it so much?  It's hard for me to even admit this, because it applies to me as well.  The truth is the barrier to discipline is laziness.  Our brains are wired to seek out the path of least resistance.  Discipline is a call to action, which is in direct conflict with laziness.  Many are now thinking, "But I work 60 plus hours a week.  You are crazy to say that I am lazy!"  My response to that is, someone can be a hard worker and lazy at the same time.  Let me explain.

The definition of lazy, according to Merriam-Webster's Dictionary, is not liking to work hard or to be active.  For most of us, working hard is not one of the joys in life.  Some people do love to do hard work, but they too have daily things that are put off because they do not feel like doing the work.  We often times tell ourselves that we can do it tomorrow.  This is also known as procrastination.  In the book Predictably Irrational by Dan Ariely (Duke Professor and Behavioral Economist), he conducted an experiment on procrastination with his students from MIT.  This specific experiment can be found in Chapter 6 titled The Problem of Procrastination and Self-control.  The following are his comments on the outcome:  "These results suggest that although almost everyone has problems with procrastination, those who recognize and admit their weakness are in a better position to utilize available tools for precommitment and by doing so, help themselves overcome it."  This quote is encouraging because it shows that it is possible for all of us to conquer our own procrastination.

Do not expect to be an expert overnight.  It could take years.  Each day builds onto itself.  Before you know it, you will be harvesting fruit from your labor.

I will leave with a quote that inspired this post from The Intelligent Investor by Benjamin Graham and commentary by Jason Zweig:  "The best way to measure your investing success is not by whether you're beating the market but by whether you've put in place a financial plan and a behavioral discipline." 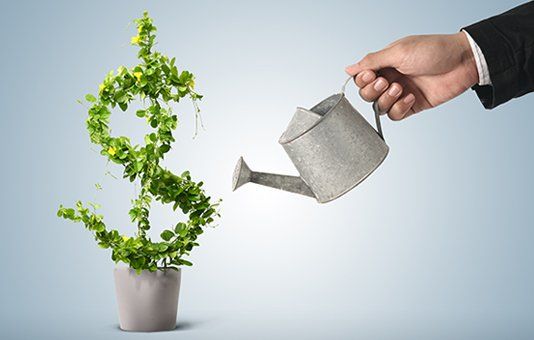 What is your Wealth Potential?

Take this free assessment to see what your current wealth potential is.

If you are not immediately redirected to take the assessment, please make sure to check your pop-up blocker.